Back in September 2018, Tate, Artangel and A New Direction invited every primary school in London to have their Year 3 classes photographed as part of Steve McQueen’s Year 3 project. The resulting class photos are being brought together for an installation at Tate Britain and a city-wide exhibition this November. 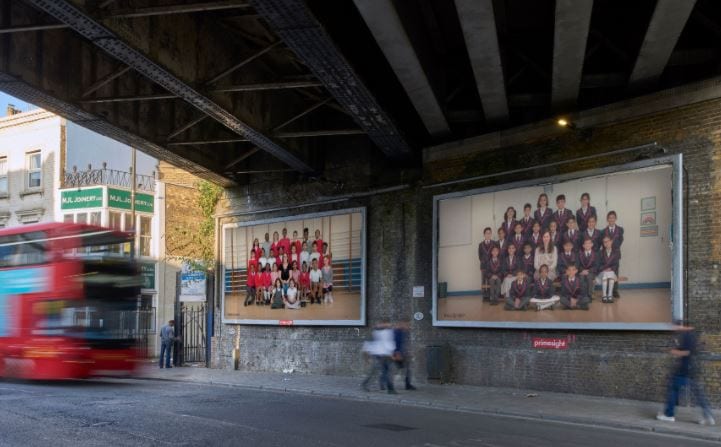 One of the most ambitious visual portraits of citizenship
ever undertaken, Year 3 is a new project created by London-born Turner
Prize-winning artist and Oscar-winning filmmaker Steve McQueen in partnership
with Tate Britain, Artangel and A New Direction.  Year 3 is considered a milestone year in a
child’s development and the project captures children at
a moment of excitement, anticipation and hope.

Over 60% of year 3 classes from
London’s primary schools were photographed for the project, including 65
from Lewisham. Class photos will be featured on billboards across London as part of a city-wide outdoor exhibition of 613 billboards created by Artangel, from 04 –
18 November. An free
exhibition at Tate Britain featuring thousands of class photographs of Year 3
pupils, opens on 12 November.

Steve McQueen said: “The seeds of this project started
21 years ago with the birth of my first child, a milestone that put my own
journey in perspective. My hope is that through the billboards millions of
Londoners can reflect on the past, the present and the future not only of
themselves but of their city. I am very excited that this portrait of London
will be seen by so many people as part of their daily life in this great city
that I love.”

There are 22 billboards within Lewisham,
and you can see a map of locations here: www.artangel.org.uk/year-3