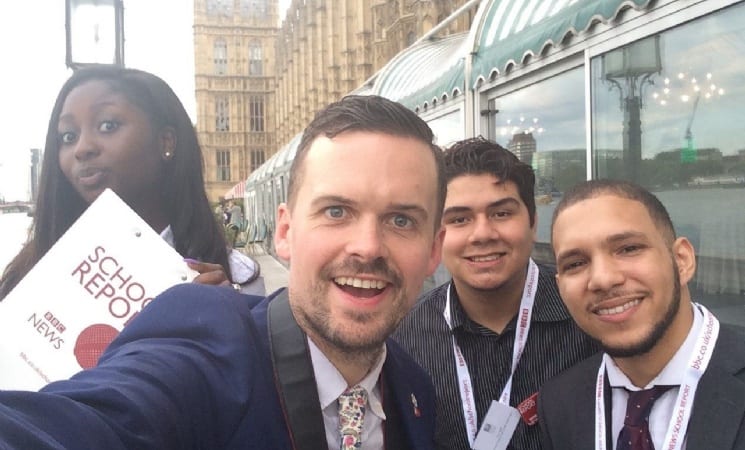 Silver Award winner for Secondary teacher of the year Mr Simpson was
invited to formally accept his award at the Houses of Commons on July 13th 2017. He was joined by Heidi Alexander the MP representing the borough of Lewisham East where St Matthew Academy is based.

The Silver Award winners were invited to tea by MP Alook Sharma, who
has hosted the celebratory tea for the past four years and claims that
it is the most fantastic awards that you can think of because what all
of you do as teachers is ensure that the next generation is even more
prepared than the previous.

Incredibly it was also Mr Simpsons St Matthew Academy Production
Company that were selected by the BBC to do a BBC school report on the
event. The BBC School report team were made up from St Matthew Academy
Media Production team, these included Mr Cameron, Tiffany and Jose. They
did a fantastic job representing the academy and the BBC and their
report will be published very soon.

Dan Simpson headed up St Matthew Academy’s Film and Digital Media Department. The Media Centre had a fantastic year with their year 11 GSCE Media Students achieving the highest coursework grades in the
school and in Media to date 28/36 achieving A*s and 100% A*/As, additionally they have been nominated for 2 prizes in the National CUT film awards and
are FINALISTS AT THE SHINE AWARDS. Dan said goodbye to students, colleagues and guests at the school’s fantastic annual SMA Oscars night. He will clearly be missed.

The final of the National Teaching Awards takes place on 22nd October 2017. The event is televised by the BBC and broadcast as Britains Classroom Heroes on BBC2 on Sunday 29th October.