A new crowdfunding website just for schools has launched offering a free platform for schools to raise money online in an aim to modernise school fundraising. 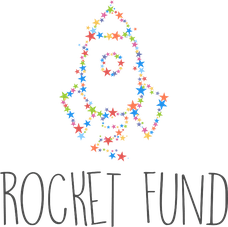 The project so far has helped over 225 schools raise 200,000, and provides support through the whole process; from pitch creation, to
fundraising, to sourcing the best suppliers for schools to buy from when
they hit their target. The platform is ran by the charity Nesta, and all the costs are currently covered via funding grants from Nesta itself and a variety of other partners.

Mr. Lewis is the Head of English at Newstead Wood School. In March 2018,
he aimed to raise £700 to buy seven classroom visualisers for his
English Department. 40 minutes after going live they hit their target. By the end of
their campaign (four weeks later) they had managed to raise a grand
total of £7,921. With the additional money the English department were able to buy additional computers, projects and a whole host of new technology.

As well as enhancing the experience for the students at Newstead Wood School, Mr Lewis reported other significant benefits of the Rocket Fund process. As there were a total of 197 donations from across the community which he felt created a new sense of excitement in the school.

If you want to read more about Mr Lewis’ experience, click here

Rocket fund is also giving away £100 to the first 50 tech projects launched this half-term.

To find out more about the platform and to view other schools projects visit the website by clicking here.