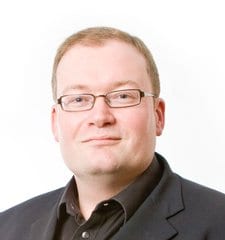 Darren Henley, head of Classic FM for the past 15 years is the new Chief Executive of Arts Council England. He succeeds Alan Davey, who is leaving after seven years in the job.

As
well as leading Globals Classic FM since 1999, Darren has been the author of
two defining Government reviews into music and cultural education which resulted in the creation of the National Youth Dance Company and England’s first national plan for music education.

From
2007 to 2010, he chaired the Music Manifesto, a government-backed national
campaign to improve music education.

Global
and Arts Council England will now discuss a mutually agreed date for Darren to
take up the role. ACE’s deputy chief executive Althea Efunshile will be acting
chief executive role in the interim. Earlier in her career
Althea was Executive Director Education and Culture in the London Borough Lewisham.