The Young Mayor for 201920 is Femi Komolafe and the Deputy Young Mayor is Aaliyah Odedina. 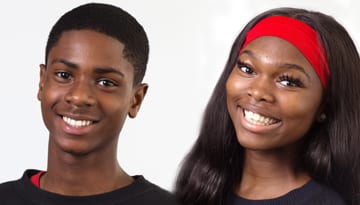 The Young Mayor is THE voice for young people in the
Lewisham Borough. They have the ability to influence key decision makers from
the Council, NHS and the Police as well as making Lewisham a better place for
young people to live in.

Young Mayors have worked
alongside the Borough Commander for the Police, the NHS and Primary Care Trust,
leading managers within the Council as well as the Mayor, Councillors and local
MPs.

And the influence doesnt just stop in Lewisham.
The Young Mayor works with other young representatives in the Young Mayor
Network as well as being regularly invited to the main political party
conferences and various events across the UK. The Young Mayor also has strong
links across Europe with youth groups in Bulgaria, Czech Republic, Poland,
Norway and Sweden.

Lewisham was the first borough in the UK to have a
directly elected Young Mayor. Since 2004 each Young Mayor has brought
something different and new to the role.

New Young Mayor Femi Komolafe is passionate about his faith
and providing young people with opportunities to enjoy, practice and
showcase their passion.

Praise-God Onyeme and Tolani Akinfolarin have been elected
to represent the borough at the UK Youth Parliament.

Congratulations to the new Young Mayor, Deputy Young
Mayor, and all 29 candidates who stood for election. As well as all those who
voted, turnout 55.01%