Bacc for the Future is a campaign to save creative subjects in secondary schools across England. It is supported by more than 200 creative businesses, education bodies, and organisations as well as more than 100,000 individuals. 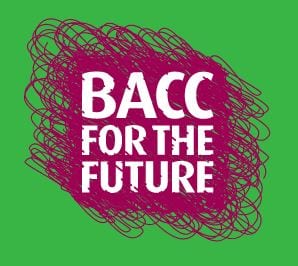 Category: Calls for action and campaigns

The EBacc was first introduced by then-Education Secretary Michael Gove in 2010. As a result of the first campaign led by Bacc for the Future which was set up by the Incorporated Society of Musicians in 2012, the Government dropped its policy in 2013. Following the Conservative party win in 2015, the EBacc policy was relaunched, with proposals for 75% of pupils to be studying it by 2022, and 90% to be studying it by 2025.

The new EBacc proposals would require every pupil to study English, maths, a science, a humanities subject (defined as only history or geography) and a language (ancient and modern) and would rank schools on performance in only these subjects, excluding the arts altogether.

By focussing on a narrow range of subjects, creative qualifications (such as Music, Drama and Design and Technology) are being put at risk. The proposal could force creative subjects out of many secondary schools, having knock-on effect on the creative industries, which are worth £76.9bn per year to the UK economy; the EBacc threatens the skills pipeline for creative industries in the UK, with severe consequences for their ability to recruit future talent.
The Bacc for the Future websites says:

The EBacc is already having a major impact on arts and creative subjects in our schools.

Figures from the Department for Education show there has been a 19.63% decline in the proportion of pupils taking arts and creative subjects at GCSE since 2014/15, even taking account of changes in the overall numbers of pupils taking GCSE.

Key industry figureheads and organisations, have come together to publicly voice their concerns. You can add your voice to theirs by completing the BACC For The Future online petition, read their advocacy pack and share it with friends who are worried about the impact of the EBacc on our schools.
You can also tell your friends about the campaign on social media, using the hashtag #BaccfortheFuture.

Bacc for the Future supporter the Edge Foundation, an education thinktank chaired by former Education Secretary Lord Baker, produced a report in 2016 which detailed its ideas for a New Baccalaureate incorporating creative subjects. You can read the full report on the Edge Foundation website.